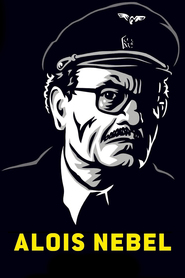 Here you will find Alois Nebel 2011 film trailer, pictures and plot. IMDB rating and user reviews will help you to understand if you should watch this animated movie in theater or buy on DVD. Also don't forget to check the similar cartoons!
Year: 2011
Country: Germany, Czech Republic
Release date:

19 April 2012,
Genre:
Director: Tomas Lunak
Cast: Miroslav Krobot, Marie Ludvikova, Leos Noha, Karel Roden, Alois Svehlik, Ondrej Malý, Jan Sedal, Tereza Vorishkova, Marek Daniel, Simona Babcakova
Duration: 84 min. / 01:24
Description: A train dispatcher encounters a mute stranger who appears out of nowhere, and finds himself mysteriously involved with a murder in Poland. The end of the eighties in the twentieth century. Alois Nebel works as a dis­patcher at the small railway station in Bílý Potok, a remote village on the Czech–Polish border. He's a loner, who prefers old timetables to people, and he finds the loneliness of the station tranquil – except when the fog rolls in. Then he hallucinates, sees trains from the last hundred years pass through the station. They bring ghosts and shadows from the dark past of Central Eu­rope. Alois can’t get rid of these nightmares and eventually ends up in sanatorium. In the sanatorium, he gets to know The Mute, a man carrying an old photograph who was arrested by the police after crossing the border. No one knows why he came to Bílý Potok or who he’s looking for, but it is his past that propels Alois on his journey…
-
Rating: No one has voted
Your rating:
http://mult.moviesfan.org/c/alois-nebel-i-ego-prizraki-296843/ 5040
IMDb Rating:
6.8
814 votes. 814 10 1

Alois Nebel
Is Tomas Lunak your favorite director? And do you like cartoon genres? Then you certainly need to buy Alois Nebel on DVD or watch the animation film in theater.